Chapter 1
Handa Shinichi ( ) is a midfielder for the original Raimon team. In Inazuma Eleven GO, he is the coach of Inazuma KFC.

He has short, brown messy hair, that seems to have grown longer when he joins the Dark Emperors. His eyes are a shade of dark brown. He has fair white skin and an average height.

In GO, he now wears a white collared shirt with a blue striped tie, dark grey pants and brown shoes.

Handa is kind, caring and optimistic, yet a little lazy. He is close friends with Kageno Jin, despite the fact that he always gets scared by him when he appears silently. He often hangs around with Kabeyama Heigorou and Shishido Sakichi but mainly he is in the background reading.

Handa, along with Someoka, are the first members to join the Raimon soccer club after Endou reopens it. He and Someoka were in the soccer club back in elementary school, but until now they couldn't play because there was no soccer club; they found it hard to talk and ask to join as Endou was the only member there along with Aki.

He is one of the original members in Raimon Eleven. He truly cares for his team. He was shown to believe (just like the others) in Endou and believe in their soccer. In episode 1, he was seen reading a book in the club room neglating practice. During practice, he was able to learn Rolling Kick. In the game against Occult he was the only person who passed the ball to Someoka rather than passing it to Gouenji. When Kidou replaced Shishido and changed their formation, he was angered saying that it was not their soccer, though he was able to overcome it because it was for the best of the team. They then won against Teikoku Gakuen and Zeus.

He was badly injured when Aliea Gakuen's Gemini Storm attacked Raimon Junior High. During the time when he was in the hospital, Handa complained about himself because he isn't strong enough. The next time he appears he has joined the Dark Emperors and used the power of the Aliea Meteorite along with the other old teammates (plus Sugimori from Mikage Sennou and Nishigaki from Kidokawa Seishuu). They were using it because it would give them more power than the others. Though he realized along with the others that what they were doing was wrong and finally came back to his senses when Endou made them remember what playing soccer should really be about.

During the FFI, when Inazuma Japan was formed, he and the other old members of Raimon cheered for them during their matches. Much later, when Inazuma Japan had a video conference with Raimon, Handa cheered them on for their next and final match against Little Gigant (he was the one who showed them the new Raimon Soccer club team, which had lots of members). They were happy to hear that Inazuma Japan won. He is seen later at the graduation in Raimon, he is seen to have leveled up, being able to steal the ball from Ichinose Kazuya. After the match, they listened to Endou's last words before they ended their school year.

In episode 126 he graduated from Raimon, and when it was Endou's turn to receive the diploma, it was seen that he, and along with the rest of Raimon, were all crying because they were about to go their separate ways.

Then in episode 127, they had one last graduation match with each other, which ended in both groups not scoring a goal, since they were all equally matched, all of them listened to Endou's last speech, and promised that they'll keep on playing soccer from Endou's word that he said "Let's keep playing soccer!" to which everyone happily agreed to.

He appeared in episode 46 as the coach of the Inazuma KFC.

He appeared at the end of episode 50 when Tenma and his team traveled to the moment when Raimon won the Football Frontier in order to have a friendly match with them.

After Raimon won the Football Frontier, they were congratulated by other people at school. Hibiki suggested them to have a practice match against Spain's team, Barcelona Orb. Handa didn't play in the match, but he stayed on the bench watching the others and he was shocked when he saw that none of their hissatsu wazas worked against Barcelona Orb. In the end, Raimon lost 0-13, with everyone on the field being fatigued. The president of Japan's Soccer Association told them they had to disband and transfer to other schools in order to strengthen Japan's soccer. Like the rest of his teammates, Handa was shocked by the news and disappointed about the idea.

In the last episode, where the reformed Raimon team was ready to have a match with Inakuni in the Football Frontier Autumn Tournament. He appeared briefly before being sent to the bench.

Handa, along with his teammates from Raimon, had a match against Ogre in the finals of the Football Frontier. After Zagomel stopped The Phoenix with Needle Hammer, he, Matsuno and Kurimatsu were injured by Eskaba's Death Rain. He was later replaced by Shourin.

In order to recruit Handa, the Dark Emperors and the team Ura Raimon A on Oumihara's coach's taisen rote have to be defeated first. After that, you have to defeat the lower route of the same taisen route with an S-rank.

He first appears in a random soccer battle with Shishido Sakichi, Shourinji Ayumu, and Kageno Jin in the Japanese area of Liocott. After defeating their team, you can obtain him in the gacha machine using blue coins.

In order to recruit Handa, the following requirements are needed:

After this, he can be scouted for an amount of 1720 Kizuna points.

In order to recruit Handa, the follwowing requirements are needed:

Young form
In order to recruit Handa, Ixal Fleet has to be defeated first in the story mode. Also, the following requirements are needed:

Adult form
In order to recruit Handa, the following requirements are needed:

Endou welcoming Handa and Someoka to the soccer club.

Handa displaying indifferent emotions towards soccer, since there were only seven members.

Handa saying he will do his best. 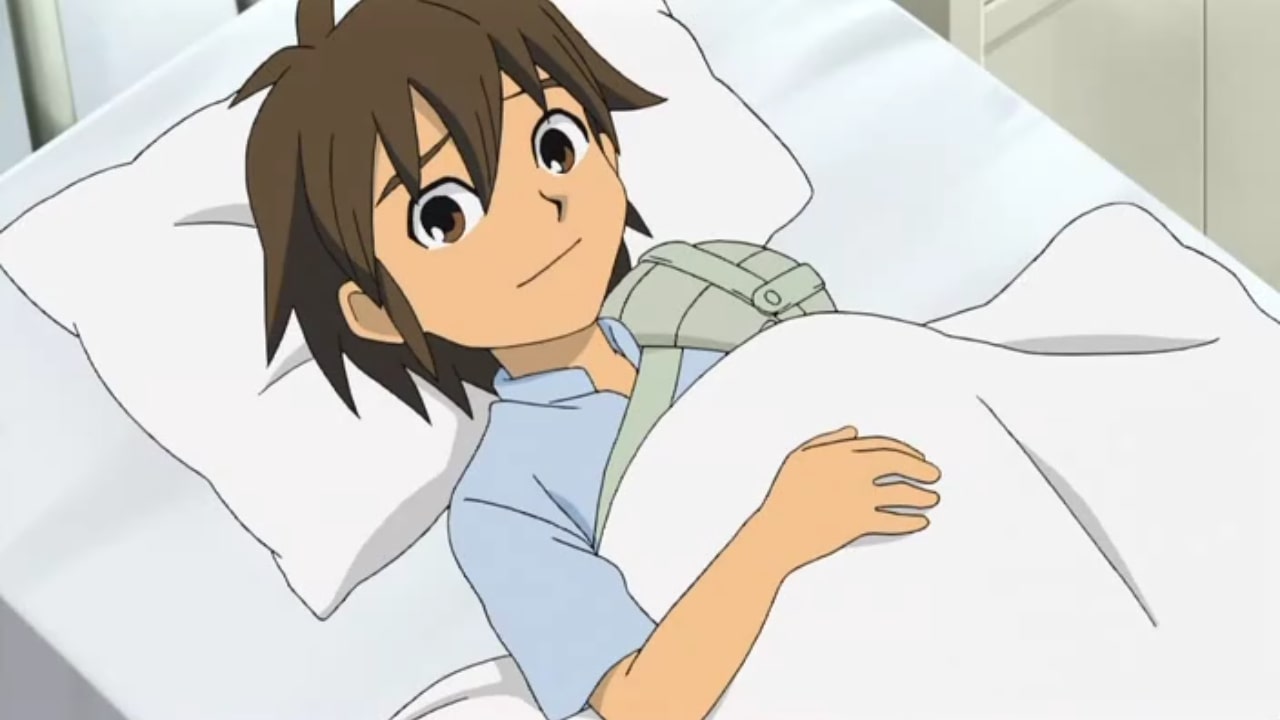 Handa in the hospital.

Handa getting hit by Ogre's shot in the movie.

Handa in the manga.
Add a photo to this gallery

Retrieved from "https://inazuma-eleven.fandom.com/wiki/Handa_Shinichi?oldid=827689"
Community content is available under CC-BY-SA unless otherwise noted.