The story is about Endou Kanon and his teammates, the story takes place in year 2140 in space.

It is the same as in the other games; the only main difference is that the game includes a different style. Players can fly using their boots, for example. This new type of soccer is called Elements Soccer (エレメンツサッカー, Erementsu Sakkā). 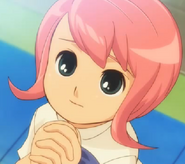 The player of an unknown team.

The goalkeeper of an unknown team. 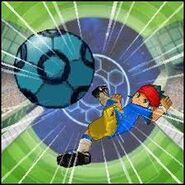 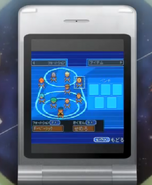 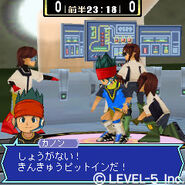 Kanon and the pit crew member.