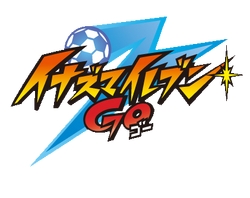 10 years after the FFI, an unnoticed darkness lurks behind the country. Japan and what used to be soccer has changed during the 10 years that have passed. In this time, soccer is different from before and has become a reason for people to lose hope and stop playing for those who enjoy soccer. The new main protagonist, Matsukaze Tenma tries out for the Raimon soccer team and passes but in a match with another team, he soon realizes that soccer is much different from what he has expected it to be.

Now, soccer in Japan is controlled by an organization called Fifth Sector and is led by the one known as the “Holy Emperor”, namely Ishido Shuuji. Soccer in its current state is controlled and gives out commands whether the team loses purposely or wins the match. What used to be the “real soccer” is gone.

Matsukaze Tenma, along with the members of the Raimon team, now aim to free soccer so that everyone can finally play soccer freely without being ordered how to do it.

The rebellion starts against Fifth Sector, in this dark midst of times, the Raimon team will not go alone in this rebellion. With some unexpected help from the Resistance organization that aims to replace the Holy Emperor and with some help from the previous main characters of the Inazuma Eleven anime.

There are new characters that appear in the Inazuma Eleven GO series, but there are also some characters from the previous series that made their appearance. The main of which are Matsukaze Tenma, Tsurugi Kyousuke and Shindou Takuto.

The Inazuma Eleven GO series starts after 10 years after the FFI. It has an overall of 47 episodes.

There are new hissatsu techniques that are learned and shown in the anime, at the same time, there are some hissatsu shown from the previous series also.

There are new teams shown in Inazuma Eleven GO, and some teams still remain though with new members.

Keshin are a new feature shown in the anime. It is the “avatar” of the person and is used in various matches in Keshin Battle.

There are new locations in Inazuma Eleven GO, like the stadiums of the Holy Road.

There are new opening songs and new ending songs for the anime.

The anime has next season, which is Inazuma Eleven GO Chrono Stone.

Retrieved from "https://inazuma-eleven.fandom.com/wiki/Inazuma_Eleven_GO_(anime)?oldid=837505"
Community content is available under CC-BY-SA unless otherwise noted.