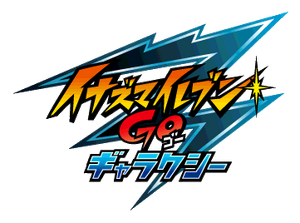 Youths' soccer world championship, Football Frontier International Vision 2 (FFIV2) is held, thus Inazuma Japan is born. However, to represent Japan, there are players elected never before seen. "Its time to face the world"

What on earth will happen to Inazuma Japan!?

There are new characters that appear in the Inazuma Eleven GO Galaxy series, but there are also some characters from the previous series that also appear.

There are new teams which are shown in Inazuma Eleven GO Galaxy.