Inazuma Eleven the Movie: The Invasion of the Strongest Army Ogre
Omega The Hand (オメガ・ザ・ハンド, Omega Za Hando) is a catch hissatsu.

This is a technique used by Endou Mamoru in Inazuma Eleven the Movie: The Invasion of the Strongest Army Ogre. It was last seen trying to block Death Break during Raimon's match against Ogre, and succeeded in catching it. It looks similar to God Hand but is much stronger and bigger.

In Inazuma Eleven 3: The Ogre, the hissatsu's manual can be found underground in the future.

It starts as a small fist with tons of air being sucked towards it. It then unclenches and turns into a gigantic hand surrounded by an intense aura and tries to stop the incoming shoot. The enormous hand then clenches back into a fist again as if to crush the ball itself. Several lights come out of the fist and if the user catches the ball successfully, a crater surrounds the area.

In Strikers, you get it by increasing the bond between Endou Mamoru (Raimon) and Endou Kanon to 100%.

In Inazuma Eleven GO Strikers 2013, you have to reach kakusei level 3 with Raimon II's Endou Mamoru to unlock this hissatsu. 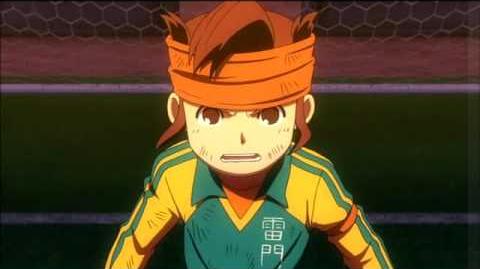 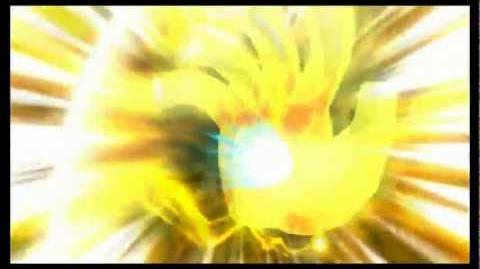 Retrieved from "https://inazuma-eleven.fandom.com/wiki/Omega_The_Hand?oldid=822979"
Community content is available under CC-BY-SA unless otherwise noted.