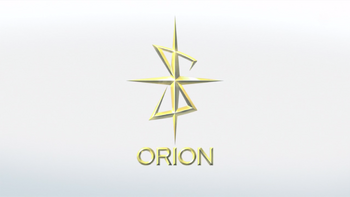 The Orion Foundation (オリオン, Orion Zaidan) is an organization based in Russia in Inazuma Eleven Orion no Kokuin. Their aim is to control soccer in order to gain profit from it.

Zhao Jinyun explains their objective in episode 10. Their aim is to regulate football in the shadows and try to generate more profits by fixing the results. They can achieve that either with the Disciples of Orion on the pitch that will eliminate the players who can change what the foundation has expected for the match, either with the cooperation of corrupted referees who doesn't whistle to rough plays, or either with the anti-doping personnel who will seek doping products in the bags of certain players without any comprehension or dialog. They can even also challenge representative teams that are not supporting Orion's side in order to replace them with a team that supports Orion. The foundation is powerful enough to escape the police's investigations for the moment.

As a public organization, Orion can't obviously show that side to the public. For most of the people, they are an organization that helps to promote and supporting football around the world, as explained by Shinjou in episode 20. They are heavily tied to the World Soccer Organisation, as numerous members are part of both organizations (Bernard and Shinjou, at least). Inamori Masato, when explaining to his child why he is part of the foundation in episode 29, explained that Orion helps poor countries to develop soccer and help to raise poor children players, hence saving them from misery. According to him, the more Orion is powerful, the more they are able to save children through soccer.

Retrieved from "https://inazuma-eleven.fandom.com/wiki/Orion_Foundation?oldid=828189"
Community content is available under CC-BY-SA unless otherwise noted.