This article is about the main protagonist team of Chrono Stone. For other uses, see the Raimon (disambiguation). 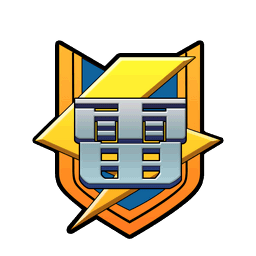 Their team jersey has changed over the years compared to the Raimon team from the original series. Their jerseys now have a darker yellow as a base colour, with white collars, and a blue stripe on the sleeves. It is matched with blue shorts, with a yellow stripe running down each side. The goalkeeper uniform is a dark teal, with a bit of white on each end of the sleeves, with an orange stripe going down each sleeve. This is fitted with dark green shorts. Their socks are blue, except the goalkeeper's which is orange with white cleats. On the uniforms, the Raimon badges are imprinted on them. The captain's band is colored red.

In episode 4, Raimon played against Protocol Omega with Shindou, Fei, Tenma, Shinsuke, Yuuichi and some Duplis. Raimon won at the end with 1-0 due to Yuuichi fused with Kyousuke and his Death Drop, which Zanou couldn't stop using Keeper Command 03. After the match, the timeline was restored.

Between episode 7 and episode 8, Raimon has a match against Alpha's special force, Team A5, during their training time in God Eden. In the match, they quickly had taken a goal by Einamu's Shoot Command 06. The match was later interrupted by Shuu's Ankoku Shin Dark Exodus's Maou no Ono and Team A5 retired.

In episode 8, Raimon was challenged again by Team A5. Einamu announced a new rule saying that the first team who scores a point wins. During the match, Shindou revealed a new hissatsu, Olympus Harmony. Later, Matsukaze Tenma was fused with Shuu's aura with Wonderbot's Mixi Max Gun. He also used his Keshin Armed and scored the first goal, making Raimon the winner.

In episode 9, Raimon have to confront a team of soccer robots of the Inazuma's Soccer Museum. They won 1-0 after Tenma used his Keshin Armed.

In episode 10 and episode 11, Raimon fought again against Protocol Omega 2.0. In the match, Raimon revealed their new hissatsu tactic, 3D Reflector and also, Tsurugi mastered his Keshin Armed. Though in the end, Raimon lost with 5-3 because Beta used her Ghost Mixi Max on the team.

In episode 16, Raimon fought against Protocol Omega 2.0 for the third time. Tasuke and his friends played as defenders in the match but were scared of Beta and the others. Finally, Tasuke, Shishimaru and Gorouta succeeded to use Ichiyajou and blocked some adverse shoots, but it didn't stop Protocol Omega 2.0 who later scored the second goal due to their captain who used Shoot Command 07. episode 16 ends with a score of 2-1.

In Episode 20, Raimon fought against Protocol Omega 3.0, who was still under Zanark Avalonic. In the first minutes Gamma used his keshin and scored the first goal. With the leadership of Charles VII, Raimon defended all first half. In the second half, Kirino revealed his keshin and completed the Mixi Max with Jeanne d'Arc and thanks to him, Tsurugi scored Raimon's first goal, and Shindou scored the second one with Setsuna Boost. At the end, Raimon won with 2-1.

Zanark brainwashed Kanu and Chouhi, who were with Ryuu Gentoku. Three members of Zanark Domain appeared and they challenged Raimon for a soccer battle. Initially, Raimon thought they were part of Protocol Omega, but one of the members scoffed at what they had said. After Ryuu Gentoku, who was supposed to protect the goal, left his position to attack, Raimon defeated Zanark Domain with 1-0, with a goal of Tenma and Tsurugi's Fire Tornado DD.

In episode 23, Raimon plays a game against clockwork dolls in order to see Shokatsu Koumei. Ryuu Gentoku played as Raimon goalkeeper, but after stopping some shoots, his arms were injured and he was replaced by Shinsuke. Kinako used Mochi Mochi Kinako Mochi and Shinsuke used Buttobi Punch for the first time. Raimon won with 2-1, with two goals from Taiyou.

In episode 24, Zanark Domain appeared and challenged Raimon for a soccer match. Raimon was playing well but then, Zanark violently tackled Shindou and Raimon was shocked. Zanark scored the first goal with Disaster Break. Kirino Mixi Transed with Jeanne and used La Flamme. When Tsurugi tried to score with Keshin Armed, Zanark Mixi Transed with Sousou and used his Mixi Max Keshin. After that, Zanark Domain began to play roughly and injured Raimon. Shokatsu Koumei released her Keshin and Mixi Maxed with Taiyou.

In episode 25, Taiyou revealed a new Hissatsu Tactic called, Kimon Tonkou no Jin and sealed Zanark in it. Zanark used his own Keshin and used Keshin Armed. He broke through the Tactic and used Disaster Break after that. Shinsuke was too scared to stop the shoot and the score became 2-1. Zanark used his Hissatsu once more but it got blocked by Fei in his Mixi Max form, Tenma in Keshin Armed and Taiyou. After that, Shinsuke Mixi Maxed with Ryuu Gentoku and stopped Disaster Break on his own. Taiyou used Mixi Trans and scored the second goal for Raimon. After that, Zanark went out of control and the match ended as both teams fled away.

In episode 26, Zanark Domain appeared and challenged Raimon to a soccer battle. In the end Hikaru scored using Extend Zone and Zanark Domain vanished saying that they would see each other closer next time.

In the first half of the one hour special episode 28, Raimon played against Zanark Domain and Okita was playing too but he wasn't in good condition, Zanark scored by using Disaster Break leading it 1-0 and Rasetsu also scored with Ogre Blade leaving the first half with 2-0.

In episode 29 of the second half of the one hour special, Raimon is still playing against Zanark Domain but Okita is switched with Shura for the rest of the match, Raimon won because of Kiku Ichimonji by Tsurugi who mixi maxed with Okita, Shindou's mixi max hissatsu Setsuna Boost and Nishiki's keshin armed, also with the help of his mixi max with Sakamoto.

In episode 32, Raimon played against Perfect Cascade but since Perfect Cascade is the ultimate team of El Dorado thus far stronger than El Dorado's other teams, Raimon lost to them with 19-0.

In episode 33, Raimon played against Perfect Cascade again and this time Shindou, Kirino, Taiyou, Shinsuke, Nishiki and Tsurugi all mixi trans but Rei Rukh summoned his keshin Jinkou Keshin Plasma Shadow OF and passed it to Gra Fom who summoned his keshin Jinkou Keshin Plasma Shadow SH and scored with it. With Perfect Cascade's Tactics AX5 and some dinosaurs who got brainwashed, Raimon is losing 7-0 at the end of the Episode.

In episode 34, Raimon is still playing against Perfect Cascade, Fei got Mixi Maxed with Big and used keshin armed, also he scored against Keeper Command 16 with Ouja no Kiba and Fei used with Tenma Extreme Rabbit to score another goal but Perfect Cascade left the match because of a message Sakamaki got.

Retrieved from "https://inazuma-eleven.fandom.com/wiki/Raimon_(Chrono_Stone)?oldid=848235"
Community content is available under CC-BY-SA unless otherwise noted.