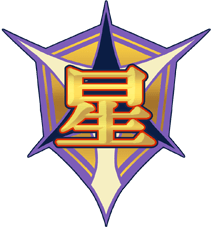 Seishou Gakuen () is a team in Inazuma Eleven Ares no Tenbin. It is the team Haizaki Ryouhei is a member of.

They are considered as the favorites of the Football Frontier in the new tournament stepping up in Inazuma Eleven Ares. They success to Teikoku Gakuen who lost their crown after a 40 years domination and after losing their title last year against Zeus and being beaten by Seishou 10-0 in a friendly. They are leading by Kidou Yuuto, the ace playmaker, who joined Seishou as a reinforcement member and Haizaki Ryouhei, a first year known as the "Demon of The Field" and a superb ace striker.

In a friendly match, Seishou Gakuen won 10-0 against Teikoku. Seishou scored four goals in the first half and six in the second. The Seishou players seems to be in form where all of the Teikoku players finished the match exhausted. After this match, Seishou is now considered as the ranked one team and favorites of the Football Frontier.

For the first match of the qualifications, Seishou faces Raimon. This is the first ever official match of their oppenent, but Seishou is surprised by the quality of their opponent, actually faster and stronger than registered. Inakuni by the end of the first attack, scored the first goal thanks to Kozoumaru's Fire Tornado and take the lead 1-0 against the ranked one team of Japan.

But this goal awoken their lead striker, Haizaki Ryouhei. In an immediate counter-attack, Haizaki, Orio and Sasotsuka scored with Death Zone, making the score 1-1. Seishou Gakuen, thanks to the impulsion of Haizaki having fun and his desire to anhilate Raimon, progressivly score up to 10 goals, making the final score 10-1.

Seishou Gakuen play Kidokawa Seishuu for their third match in the Block A Kanto qualifications. In the line-up there is a big surprise with Haizaki Ryouhei starting as a goalkeeper, and Amano Masamichi starting as a defender. This is also the first match where Kidou is in the starting eleven. When the match starts, Kidokawa Seishuu quickly advances, surprising the players of Seishou Gakuen, as they were better than their data suggested. Gouenji quickly fires his Fire Tornado towards Haizaki, but it gets saved by two defenders. Kozoumaru mentions however that Gouenji was holding back on that shot.

Kidokawa Seishuu keep up the pressure, working together to form a tight back line. This limits the pass options, creating opportunities to steal the ball. From the steal from Nishigaki, Kidokawa Seishuu advances with quick passes, to release their Override hissatsu technique, Bakunetsu Storm on Haizaki. Haizaki stands no chance and gets blown in the back of the goal. 1-0. Shortly after, Kidokawa Seishuu double the lead, making it 2-0 with the Mukata triplets' Triangle Z. They fake a pass to Gouenji, but actually shoot themselves.

In the second half, Haizaki quickly comes out of goal due to his frustration, stealing the ball from Mukata Masaru. However, his individual charge gets stopped by three of Kidokawa Seishuu's defenders, and Nishigaki steals the ball from him with Spinning Cut. He passes to Gouenji who shoots with his Fire Tornado. The defenders of Seishou however block the shot with Amano's body, sending it out of play. After a remark by Seishou's captain, Mizukamiya Seiryuu, Haizaki figures out how to stop the front line of Kidokawa Seishuu, and he steals the ball from Gouenji and orders the defense to close the gaps.

After this, Haizaki gets switched back to the forward position and Amano back in goal. Seishou quickly advances again, with Haizaki and Kidou getting past the front players of Kidokawa Seishuu. After getting past most of Seishou's members, Haizaki passes to Orio Fuyuki, who proceeds to score with Spectra Magna, 2-1. Haizaki manages to order the defense so they steal the ball again after the kick-off. However, Gouenji steals the ball again from Sasotsuka Eiji and scores with his Fire Tornado, making the score 3-1.

Seishou Gakuen now gets the pressure on, with Haizaki getting past the defense with Saotome Seiya. He uses Angel Ray to get past Kurobe Ritsuki and shoots, scoring the 3-2. Shortly after, Haizaki manages to score the 3-3 with his Overhead Penguin. In the additional time, Mukata Masaru uses his Back Tornado to score, but he gets denied by Amano, who stops the shot with his Moja Catch.

With the final attack going on, Haizaki sees an option, so the ball is passed to him. However, Gouenji read this, and moves to cut the ball. Kidou just lunges in before him, seemingly miss-kicking the ball. However, the pass was meant for Haizaki, who rushes with an incredible speed to keep the ball in play and he proceeds to score with the combined Death Zone. This makes the 3-4 for Seishou Gakuen, giving them the win.

As both opponents of Raimon and Seishou withdrawned of the Football Frontier for different reasons and were the two remaining teams with only five matches played, it was decided that their sixth and last match becomes a match between the two. Inakuni Raimon needs a win to go further in the tournament, otherwise Seishou Gakuen (already qualified) and Teikoku Gakuen will go to the next round.

Haizaki, who was on his nerves because of Asuto's views on football attempted a shot in a centre circle seconds after the kick-off. No Raimon players were able to react in time to stop the shot, making the score 0-1 for Seishou. The match was dominated massivly by Seishou and Haizaki who was everywhere on the pitch, sometimes forgetting his partners like Orio Fuyuki. Haizaki then scored with his new hissatsu Perfect Penguin, once again, Umihara Norika didn't have the time to react and let another goal in, making the score 0-2. Shortly after, Haizaki scored a hat-trick with Overhead Penguin. Norika was able to use her hissatsu Uzumaki The Hand, but lacked of power to stop the shot. Without Asuto, the score would be worse because he stopped a shot of Haizaki with his body, cleared the ball of Seishou's players multiple times and he was the only one who didn't give up after Haizaki's third goal. The first half ends at 0-3 for Seishou and Inakuni Raimon virtually eliminated of the Football Frontier.

But Asuto's half-time speech and new instructions of Zhao Jinyun (who was absent in the first half) flipped the tables. Haizaki movements were now readable and can be anticipate by Raimon defenders and midfielders. They keep pressuring with three men on Seishou's forwards, being able to steal him the ball multiple times. On a counter-attack, Asuto was able to pass to Kozoumaru who used his Fire Tornado. Amano tried to stop it with Moja Catch but lacked of time to execute his hissatsu. The shot scores making the score 1-3 for Seishou. Haizaki screams of anger after this goal, but also started to play with his teammates more because of Raimon's pressing. At some time, Orio lost the ball after a slide of Mansaku Yuuichirou, but the later started attacking and dribbling, stating that he is actually a libero, being able to attack when necessary thanks to Zhao Jinyun's training. He then uses his new hissatsu, Spark Wind to pass Yagihara Katsumi easily. The ball then arrive to Asuto's feet but Mizukamiya Seiryuu pushed him. Asuto's left ankle then twists and was forced to pass to Mansaku. Amano Masamichi tried to clear the ball by rushing out of goal but Mansaku did a loop shot who was successful because of Amano's height and positionning. The score is now 2-3 for Raimon.

After the second goal, Raimon unleashed his new strategy thanks to individual instructions sent by Zhao Jinyun. By a series of passes well executed, Raimon was able to force all Seishou's players to press on the sides of the pitch, leaving the center totally opened. This is a new hissatsu tactic, Marionette Attack. Afterwards, Asuto was alone against Amano and won his 1-vs-1 shot against him, making the score a tie. Then Seishou at the kick-off uses his brand hissatsu tactic under the impulsion of Kidou Yuuto and Kudou Michiya, Crisis Zone, in order to keep the ball and running out of time.

Seishou Gakuen in the Outer Code.

Seishou Gakuen as shown on the official site.

Seishou Gakuen in Inazuma Eleven SD.
Add a photo to this gallery

Retrieved from "https://inazuma-eleven.fandom.com/wiki/Seishou_Gakuen?oldid=832639"
Community content is available under CC-BY-SA unless otherwise noted.