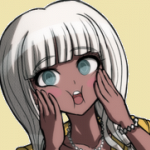 No problem for that. It happens a lot with new users, and I am happy to have a new user that adds actually useful information. So don't worry about it, you're doing great with the new information, like the dub names and hissatsu.

Sorry for not replying earlier. Kariyamasaki12 has already edited the page. About your other question. No, there isn't a "Re" button, you can just leave your message on a talk page as a response.

The reason i like him so much is because he just has this spark to him especially him not totally forgetting soccer even after aoyama told him not to worry and also his captain skills do remind me abit of kidou's and when i saw him use his hissatsu against a keshin i was surprised he was that strong against a keshin user.

It wasn't anything wrong, but it was unnecessary. Real people don't have dubnames. Since it would've been the same I just removed the doubled parts

Also make sure to put headers before typing your message. It looks better that way. You can make headers by putting two == on either side of what you want the header to say

No problem, everyone makes mistakes. I think it is good to mention it in the Trivia section, as it isn't an obvious Trivia, and it can prevend other editors from making the same mistake.

Hey, did you get the dub name for Tamami from the GO or the Chrono Stone game? If I know that I can change the category for the page.

I'll answer for Misch60 since I saw your question first

"If I want to create a page, but I do not know the Japanese name of a player, how do I?"

If you don't know the Japanese name, just tell me, Misch, or some other user about the player and we'll look it up

"Kinako should not be added in the category of "dead"?"

While she's mentioned to have died by the time Fei Rune met Tenma and the others, in the actual story she's alive

You do have a signature but it's the basic one you have at the beginning. If you want to customize it like you see many users do, just take a look at the code for their signatures on the editing page. Just remember to follow the signature section of the Manual of Style if you do

Okay. thanks for your help with this, I already fixed the page now because of your help.

I see that Angelo already answered your questions, so I don't have to answer them anymore. Be free to ask anything you don't know. Have a nice day.

Okay, sorry about it then. When I looked at the picture of the line-up at the page Aoba, it shows him standing alongside the midfielders, but apparently that isn't correct. Thanks for noticing this and mentioning it to me.

Comb is certainly not an alien, and I think Arijigoku isn't an alien either, Arijigoku's page was at first created as an Galaxy-only character, but later on that changed, but the categories were never removed. However, Kumo looks like an alien, and has all the looks and location from an alien from Ratoniik, and it is an Galaxy-only character I believe, so we marked him as an alien. Comb is just on Sandorius to be scouted I think.

Oh really, I never saw them in the original GO game, so that's why I thought that. Well, if they appeared in that game, they are not aliens. So that category can be removed then. Also the planet should be mentioned in the recruitment part, but I don't think the category is needed then. Just in the recruitment should be enough.

Re:Ehm... I have a second question xD

We would actually love you to do that, we appreciate any kind of contribution to the wiki, and page creations of any team in the game are not prohibited in any way, so go ahead.

It turned out to be a player-made team, so I have deleted the page. That explains why you couldn't find it.

I am doing fine, thank you.

For the image, you should modify the existing table there already is on the table. You need to add four lines between this line:
! scope="row"|[[File:Epsilon player 9.png]][[File:EpsilonKai Sprite 9.png]]

The second line is:
! scope="col" style="background-color:#FFBF00;"|Galaxy

The third line is:
!

Okay, what you could do is create a tabber with three tabs. One for the anime line-up, one for the game line-up when you play as the team, and the third one with the opponent El Dorado line-up.

Yes, like that. If you could also add the shirt numbers, that would be great.

Thank you for noticing, I will fix it now.

Well, if you've got them, you could add them in as used here. That should be fine.

Re:Ask about a thing of the latest Ares' trailer (about the characters informations)

Well, as we got different information about the elements, I suggest we wait until we are sure we have a 100% confirmed element. It still can change of course. So, wait for the game, and then change it.

Yeah, you can add it! It is true that we only have part of his name, but that name will be revealed later on probably, so then we'll just rename it.

I see you also can write quite decent plots, as you did great on Kameda. If you have time, could you maybe also look at writing other plots for characters/episodes? It seems like that is one of the things that keeps missing on pages here.

Yeah, it looks really good! Thanks!

When adding teams to the game exclusive teams section, make sure that you add them alphabetically if there are other teams, makes it more organized~--Lordranged7 (talk) 21:00, April 21, 2018 (UTC)

Heya, don't worry about sounding a little arrogant and pretentious, it's fine~ Regarding your question, the same would apply to them as well if they are not their official positions. If we would add all the positions the players have played, it would be something, like Tenma has played all positions once in the anime, haha. There are exceptions though, like Endou having the DF one since there was a reason for it while the others were more like for one match.

Sorry I reply this late, I was on vacation until yesterday. Yes, you can do that. Though it would be appreciated then if you also could add a couple of line for the plot part of those pages, so it is clear what happened.

Hello there, I'm doing fine, how about you? You can make suggestions by leaving it on my or the other active admins talk pages. As for the second suggestion, it does sound nice but I feel like it won't be completed for all the characters (since there are so many playable characters) and some of the levels can't be obtained from websites, so the only solution for them are to play the games again and to level them up until they learn all their 4 hissatsu, which can be a pain. I feel like keeping the levels away from the pages for the time being and.--Lordranged7 (talk) 20:42, August 18, 2018 (UTC)

Good to hear that! Hmmm, it might be something to consider to do in the future but with the game Ares (probably) releasing soon and with Ares airing atm, I would like to focus on those (and other stuff) for now since we are going to be more busy when the game releases. I would also like to see if the game reveals more birthdays since we're relying on Eleven Licenses for now which don't have all the players. I will definitely keep it in mind for in future before it's going to be added the template, I will leave a message on your talk page when a decision has been reached. Have a nice day/night!--Lordranged7 (talk) 21:40, August 18, 2018 (UTC)

Hmmm, it does really sound like a nice layout, it won't be applied right now but I'll definitely keep it in mind for the future when things calm a bit down again.--Lordranged7 (talk) 22:19, August 18, 2018 (UTC)

I have no idea how the manga is called either but I think the trivia section will be fine. Also, go ahead with the page, just make sure to add a bit of info regarding her.--Lordranged7 (talk) 19:09, August 26, 2018 (UTC)

Regarding the message you have sent about the sections, I wanted to inform you that they have been added.--Lordranged7 (talk) 19:24, September 7, 2018 (UTC)

Try to add it again.

Ah okay, well I meant categorizing the images with the corresponding category, like in this case with Orion anime screenshots. If you're uploading an image and you're not sure with what to categorize them, feel free to have a look in category:Images to see if the category is there. If you're still unsure, always feel free to message me!

There should be section next to the editing screen with categories, you can add them there. Also, on the bottom of the image page, there's a section with categries where you can just click add categories to add them.--Lordranged7 (talk) 13:15, January 12, 2019 (UTC)

Hmmm, we rarely make pages that contain more than one character (actually I believe we don't even have a page like that not counting teams and such), so it should be fine if we create pages for all three of them. Yes, the current Hana should be renamed to Hana (scout character) if the page for the granny Hana will be made. Make sure to fill up the pages and fix the links on the hissatsu pages as well.--Lordranged7 (talk) 21:32, February 24, 2019 (UTC)

Well, it seems you haven't made them? Atleast I can't find them. Also I'm not sure if we really need them but I guess it would be kinda fair since the other game version exclusive teams got them too.--Lordranged7 (talk) 11:34, April 24, 2019 (UTC)

You can change them if you want, I'm not an Italian speaker so I don't know proper spellings other than Wikipedia. Carlos should stay as is though since the spelling is for that instead of Carlo

Retrieved from "https://inazuma-eleven.fandom.com/wiki/User_talk:%7EAstrena?oldid=803075"
Community content is available under CC-BY-SA unless otherwise noted.